Jeremy C. Huang is an associate attorney in the firm’s Fairfax office, having joined the firm in June 2018. Jeremy completed his legal studies at George Mason University School of Law in 2008, and is admitted to the Bars of Virginia, Maryland, and the District of Columbia. Prior to joining the firm, Jeremy’s practice areas focused mainly on bankruptcy, consumer protection, as well as general civil litigation. 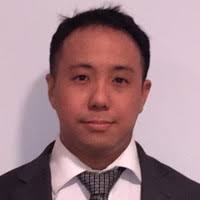