CASE LAW FROM AROUND THE COUNTRY

by Andrew G. Elmore, Michael A. Sottolano, and Lesley Rigney 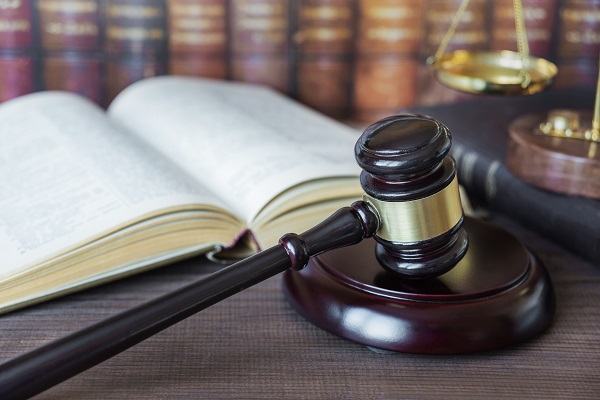 Case Summary: Recently a federal district court in Oregon ruled that despite an express prohibition in a homeowner association’s recorded covenants against parking large vehicles, including recreational vehicles (“RVs”) on the individual lots, the owners of a lot in the subdivision were allowed to park an RV in their driveway. Even more surprising, the RV in question was so large that it filled the entire driveway.

There is an explanation here.  The court based its decision on the requirement set forth in both the federal Fair Housing Act (“FHA”) and the Oregon Fair Housing Act for housing providers (including here, the HOA) to provide a reasonable accommodation on the basis of a disability. In this case, the lot owners were the primary care providers for an adult offspring who suffered from multiple disabilities. The handicapped person required medical transport that needed to include a toilet, shower, and a place to lay down.

In court, the association argued that it was not obligated to grant the request for accommodation under the FHA because the request related to transportation and was unnecessary for the use and enjoyment of the home. The court disagreed. The association also argued that it had proposed two alternative reasonable solutions that could accommodate the owners’ request and that the owners should be required to accept one of those alternatives. The owners, however, had not agreed with the proposed alternatives.  The court held that the FHA does not require that a person requesting an accommodation on the basis of handicap choose or prove that the accommodation requested is the best or only way to permit equal use and enjoyment of the home.  Rather, a requested accommodation need only be a reasonable method or manner to accommodate the disability.  If the request meets that criteria, the housing provider must approve the accommodation.

The Takeaway: Courts will liberally construe the requirements of a request for accommodation under the FHA.  Community association boards of directors and management agents should be aware that the FHA’s authority can override an association’s covenants or rules.   If a requested accommodation permits an individual suffering from a disability the equal use and enjoyment of his or her home, the association cannot disapprove the request without potentially committing an act of unlawful discrimination. Additionally, an association may propose—but cannot require—that a requester accept an accommodation different than that requested.

To avoid violating the FHA, associations should consider adopting a fair housing policy that establishes procedures for considering and deciding requests for accommodation or modification based upon handicap. Legal counsel can assist in the preparation of such a policy resolution.

Case Summary: In Illinois, the validity of a condominium association’s board of directors’ decision to bring a lawsuit on behalf of the association is in question. The association sued an owner in a collection action seeking a judgment for unpaid assessments. The owner moved to dismiss the suit, however, arguing that the board had not complied with the association’s governing documents and applicable Illinois law. The trial court denied the owner’s motion as improper and entered judgment against her. The owner appealed and the appellate court partially reversed the trial court’s decision.

The appellate court held that the owner’s defense (that the board lacked authority to bring the suit because of non-compliance with the association’s documents) was a significant question that had not been adequately considered by the trial court. At the time the board had decided to sue the owner, there were only two members on the board rather than the minimum of three required by the documents and the relevant statute. Additionally, the two board members were co-owners of the same unit, which may violate applicable Illinois law.  Finally, the owner was also able to prove that the board members had not been properly elected.

The appellate court has sent the case back to the trial court for reconsideration.  If the trial court determines that the board is invalidly constituted, then its authority to act and make decisions on behalf of the association, such as whether to file suit against the owner at issue, may be considered a nullity.

The Takeaway: It is of paramount importance that association boards operate in compliance with their governing documents and applicable law. The old excuse “this is how the board has always done it!” is insufficient if legally challenged. Your association’s legal counsel should be consulted if there is doubt regarding the board’s authority for contemplated board actions or decisions.