Andrew G. Elmore is a shareholder in the firm’s Richmond (Glen Allen) office and joined the firm in 1991. His practice is devoted to representing clients on general community association issues including covenant enforcement, contract, fair housing and litigation matters. He has taught many courses educating association board members for the Community Associations Institute (“CAI”) and has been a speaker for CAI on the national level on multiple occasions. He served on the board of directors for the Central Virginia Chapter of CAI for six years; was President in 2001; and received the Chapter’s Rising Star Award in 1996, President’s Award in 1998 and 1999, and Chapter Award in 2004. He was inducted into CAI’s College of Community Association Lawyers in 2007. He has recently been involved in defending community associations in fair housing claims and prosecuting covenant enforcement cases. He is also a member of the Western Henrico Rotary Club. 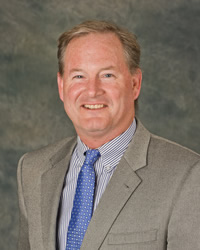